The first interplanetary helicopter is on its way to Mars 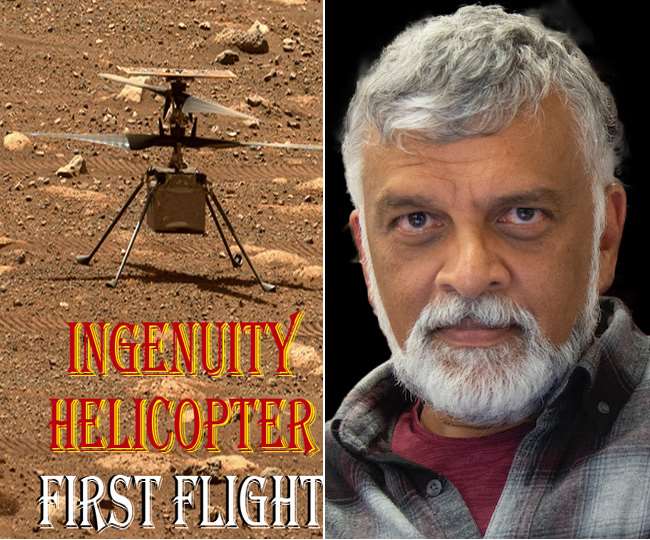 The first helicopter designed to fly on another planet is now on its way to Mars.

NASA's Mars helicopter, called Ingenuity, is hitching a ride to the Red Planet with the agency's Mars 2020 Perseverance rover, which lifted off on an Atlas V rocket from Florida's Cape Canaveral Air Force Station today (July 30).

Tucked beneath the rover's belly, Ingenuity will spend the next six months en route to Mars. The mission is scheduled to land on Mars on Feb. 18, 2021, and within the next few months the rotorcraft will attempt the first-ever flight through another planet's atmosphere.

"We as human beings have never flown or rotorcraft outside of our own Earth's atmosphere, so this will actually be a very much a Wright Brothers moment, except on another planet," Mimi Aung, NASA's Ingenuity Mars Helicopter project manager, said in a news conference on Tuesday (July 28).

While NASA and other space agencies around the world have sent landers, orbiters and rovers to the Red Planet, no one has attempted to fly an aircraft on another planet before. On Mars the atmosphere is much thinner than it is on Earth, which means there's less air to generate lift and more technical challenges in designing a craft that will stay aloft.

"Flying a rotorcraft at Mars is very difficult. First and foremost, the atmosphere there is very thin, about 1% compared to the Earth's atmospheric density here," Aung said. "To build a vehicle that can fly at Mars, it has to be very light and be able to spin very fast."

Ingenuity weighs about 4 lbs. (1.8 kilograms) and has two counter-rotating blades that measure about 4 feet (1.2 meters) long. Those blades should spin at a rate of about 2,400 revolutions per minute, NASA said in Ingenuity's mission description. To test the helicopter, NASA simulated the Martian atmosphere in a testing chamber at the agency's Jet Propulsion Lab in Pasadena, California.

While Ingenuity is only an experimental mission ? its primary objective is to test powered flight on Mars ? a successful flight could shape the future of exploration on Mars.

For robotic missions like the Perseverance rover, helicopters could scout the Martian terrain and help plan driving routes. With that same aerial view, rotorcraft could also be used to study the planet's geology from a different perspective, and they could even help astronauts explore Mars someday, NASA said.

"This Mars helicopter Ingenuity could lead to the opening up of a whole new way to explore space" and to take "exploration missions to the aerial dimension," Aung said.

Scroll Back To Top